Our clinic welcomes you on appointment and rules have been put in place to protect the health of all!
Postpone your appointment if you have 1 symptom related to COVID-19:
Onset or worsening of a cough, fever, breathing difficulty, sudden loss of smell without nasal congestion,
OR
2 symptoms among these: general symptom (muscle pain, headache, intense fatigue or significant loss of appetite), sore throat, diarrhea.

– Wearing a mask is mandatory at the clinic.
– One adult per child.
– Autonomous adults must enter alone (accompanying persons must wait outside)

To choose new glasses, to order your contact lenses, to take appointments or for any questions, call us:

Don’t hesitate to leave us a phone message or write a message. Our priority is to meet your eye needs in an environment adapted to the current situation!

Our 2 establishments are waiting for you

FOVEA, two optometry clinics enriched by the exceptional path of several optometrists who are committed to the practice of optometry. Dedicated optometrists with a concern for excellent customer service whether it is for eye exams, eye emergencies, your purchases of glasses and contact lenses, all your eye care. Together, that’s over 100 years of experience in optometry! 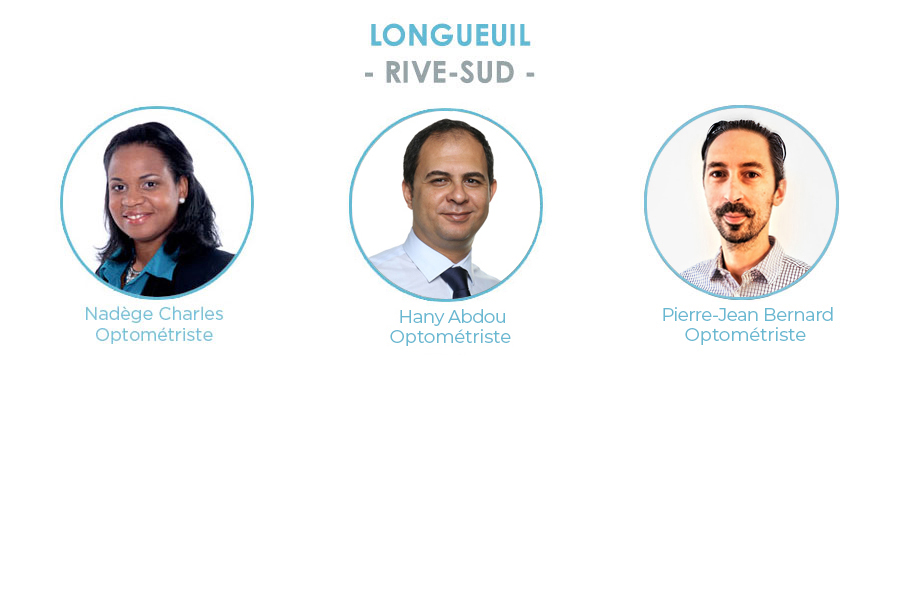 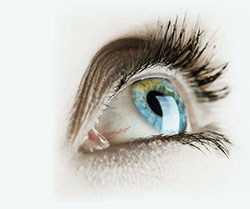 The FOVEA is the zone in the internal membrane of the eye where the vision is the most PRECISE.

FOVEA, two optometry clinics enriched by the exceptional path of several optometrists who are committed to the practice of optometry. Dedicated optometrists with a concern for excellent customer service whether it is for eye exams, eye emergencies, your purchases of glasses and contact lenses, all your eye care. Together, that’s over 100 years of experience in optometry! FOVÉA, where your optometrists-opticians are located on the South Shore and West of the Island. Your eyewear in Longueuil and Dollard-des-Ormeaux, the destination for your eyes! Your visual clinic in Longueuil and Dollard-des-Ormeaux!

In 2006, Dr. Nadège Charles has obtained her doctorate degree in optometry from the University of Montreal. Her training was enriched by two humanitarian trips to Romania, Bolivia, and by her intern in the United States (New Mexico), which included the management of several eye emergencies and exposure to many diseases. In addition, she completed a training course in contact lenses at the Vistakon Vision Care Institute in Jacksonville (Florida) in 2013. Being surrounded by great experienced and professional optometrists had helped her become the tremendously dedicated, caring and responsible doctor that she is today. Also, as a mother, she knows that patience and commitment are the best qualities to take care of patients of all ages.

Graduated from the School of optometry (University of Montreal) in 2000. Dr. Karwatsky also holds a Master in Glaucoma Research. He is involved in his profession as a clinical supervisor at the School of optometry. Dr. Peter Karwatsky has been practicing family optometry with care and precision for now 20 years! He has a particular interest in ocular pathology. Having worked with several ophthalmologists, he has increased his expertise in refractive surgery and dry eye.

Dr. Saliha Djouahra graduated from the School of optometry at the University of Montreal in 2009 with an award for excellence in ocular health and pharmacology. She completed a refresher course in the ophthalmology department at Syracuse Veterans Affairs Medical Center in New York City in 2009. She also pursued a contact lenses refresher course at the Vistakon Vision Care institute in Jacksonville, Florida in 2008. She is regularly participating in symposia and seminars, including those of the American Academy of optometry. She has a general practice with a more marked interest in eye health and dry eye. She is passionate about optometry, but especially about the people she meets daily.

Dr. Ronis earned a B. Sc. From the University of Maryland in Behavioral Sciences in 1974, and an O.D. (Doctor of optometry) from the New England College of optometry in 1978.  During her trip, she did an externship at the Gesell Institute of Child Development.  Dr. Ronis was in private practice near San Francisco and then in Boston, where she was specialized in Functional Vision Disorders and Vision Therapy. She was on the faculty of the New England College of optometry, serving as the Director of the Cotting School Vision Clinic. She was also responsible for the vision care of all the staff and the students at a school for disabled children.  She trained Senior optometry students on how to care for the children.   Since she moved to Montreal in 1988, Dr. Ronis has been in private practice.  She is a member of the College of optometrists in Vision Development, the Optometric Extension Program, and Vision Therapy Canada, all organizations which promote and provide continuing education in Behavioral optometry and Neuro-optometry (Post-Concussion Vision Syndrome, Post-Stroke Vision Problems and other neurological-visual conditions.)

Graduated in 1975 from the University of Montreal, Johanne Legault takes care of her patients with utmost delicacy and thoroughness. She enjoys volunteering both in Quebec and abroad. To this day, she still maintains the same devotion and passion for optometry since the day she started! Dr. Legault regularly attends conferences concerning latest technologies and developments of her field. Known for her ability to listen to people, patience and kindness, she combines her cheerful personality with her expertise to offer the best attentive care to clients of all ages. Dr. Legault welcomes each of her patients with exceptional kindness and efficiency.

Hany Abdou graduated from medical school in Egypt in 2002. Then, he started his   ophthalmology degree in 2005. He practiced ophthalmology for 10 years in Egypt where he operated and treated several eye emergencies. His journey took him to Quebec where he embraced the profession of optometry after taking courses and internships at the School of optometry, at the University of Montreal. In 2020, he was granted his right to practice optometry across Canada.

Dr. Pierre-Jean Bernard obtained a Brevet d’Opticien in France (ISO Lyon – 2004) before continuing with a Master in Vision Sciences (University Paris-Sud XI – 2006). Then, he obtained his PhD. in optometry at University of Montreal, in 2012. In addition, he completed his clinical internship in the United States (Belcourt, ND), which allowed him to deepen certain clinical knowledge in ocular pathology. He has traveled to Nunavik several times to perform eye exams on site with a flying clinic that provides services to people in remote areas, as well as a humanitarian trip to Belize to offer exams in disadvantaged places.

Over 40 years of experience to better serve your optometry needs!

Benefit from all the services we have to offer!

We care about your eyes, we can…

Comfort, convenience and style are important to you? We will help you choose glasses adapted to your lifestyle.

We also offer a repair service for your glasses. 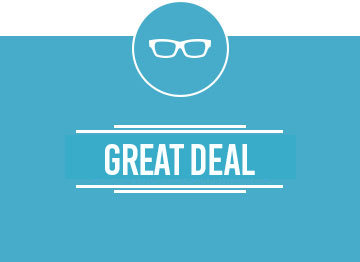 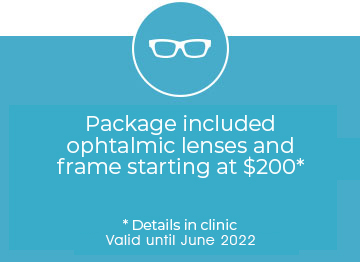 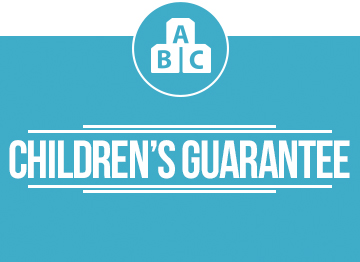 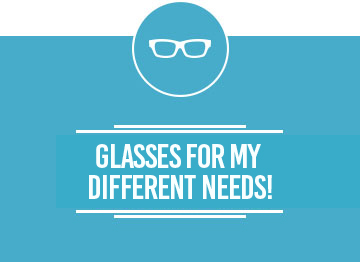 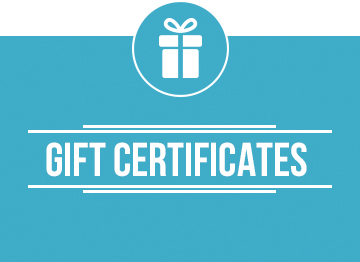 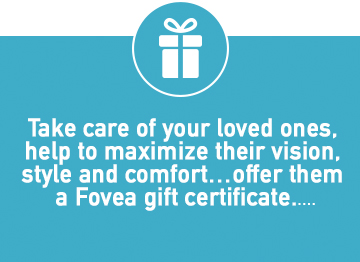 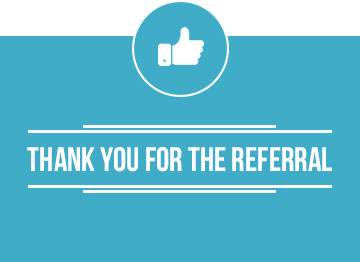 Fill out the form above and a member of our staff will contact you shortly.